You’re Paying the Wrong Person for a Referral 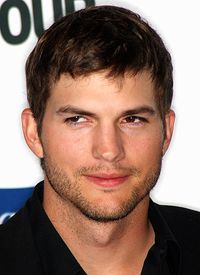 Do you offer an incentive to those customers who send you a referral? If so, you're probably paying the wrong person.

Why? Because there is one big piece of traditional advice practically EVERY referral marketing expert recommends that might be just plain wrong.

Referral marketing gurus have touted for years the importance of paying customers to bring in new customers, but I've never agreed with that practice. If I really like a product or service, I am happy and eager to share that with my peers. I might do it because I've got a good "relationship" with the company who provided the product or service and I'm glad to help. I might refer friends and peers to particular product because they're my friends and I want to share. Or I might refer a great new service to my network because I get a little ego boost from bringing this cool new thing to their attention.

All three of these reasons are because of how I personally feel, not because I'm being incentivized. In fact, when a supplier offers me a reward for a referral, I usually feel just the opposite. Paying me changes my relationship with that supplier and changes my attitude about referring them.

Is it just me who feels that way? Apparently not, according to Sinan Aral in his article, What Would Ashton Do–and Does It Matter?, published in the May 2013 Harvard Business Review.

Aral is an assistant professor and a Microsoft Faculty Fellow at NYU's Stern School of Business. In his article, he shared results of research he's conducted to determine the power and limits of "influencers." I've often espoused my difference of opinion with Malcolm Gladwell's assertion in The Tipping Point that it's possible for companies to make their products go viral if they can only get their product to a select group of connected, vocal influencers. That's just plain poppycock. If "going viral" were that simple, then every product in the world would be viral right now.

In one of Aral's studies they specifically looked at how incentives work in this type of situation:

We experimented with three types of incentives to promote a web-based flower delivery service. We offered users in one group $10 to invite friends to use the service—a program we called a “selfish incentive.” We offered those in the second group the chance to give a friend a $10 discount for signing on—a “generous incentive” (the recommender received no reward). We offered the third group a “fair incentive,” in which the recommender received $5 and the friend received a $5 discount. The results surprised us: The generous and fair incentives generated more sends than the selfish incentive did. It turns out that people don’t like spamming their friends unless they can pass a benefit along. These results conform to the sociological notion of a “gift economy,” in which generosity confers status.

I like the idea of passing an incentive along. I would be much more likely to prefer the "generous incentive," as I would feel better that my friend received both my recommendation AND the reward for checking it out.

If you have developed a formalized referral marketing strategy yet, what are you waiting for? And if you're currently offering the traditional incentive reward, you might consider testing the "generous" or "fair" system described above. I think the results will speak for themselves.