Why do you want to leave me?

Several weeks ago Bill Herman, Event Development Director for the Association for Manufacturing Technology, shared a bad customer service story. I should have posted this right after he sent it, but my procrastination has been rewarded with my own congruent experience. Here’s what Bill sent:

“Had something happen yesterday that I wanted to pass along. I’m copying Steve Miller since he addressed a similar customer service issue recently about a trip out  at a local restaurant with his wife.

I took my car back to the dealer because a tire warning light was on – even though all of the air pressure was spot on. The young lady that came out to the service drive to check my car in sat in the car to record some information. As she was doing that, I asked her to also change the oil. She hit the gauge and told me there was still 20% oil life left. I told her that I travel for work and since I was already here, could they just go ahead and do it.

She threw both arms up in the air and shook her head in the “whatever” look that every parent of a teenager recognizes. I couldn’t believe it. I was requesting to PAY for a service from her dealership and she was giving me this low-level mocking. I told her to just get out of the car and make the light go off…that I’d take it somewhere else for paid service. She quickly shifted gears but it was too late.

As I sat in the waiting room, I started to think about how many times I may have done something similar with a member, sponsor or exhibitor? I assume I know so much about our events and their value…how often am I less patient if a customer doesn’t get things or appreciate the value in the same way as me? Am I careful to remain appreciative and patient and respectful even if a member is making decisions that I think are counter to their own good?

Anyway, yesterday’s minor incident put my mind in motion and was a great reminder about the importance of facial expressions and body language at all times.”

I had my own stupid customer experience last week when I took my Jeep to Tom Matson Chrysler Jeep Dodge a second time for service.  An exhaust manifold needing replacing and, gee, my experience was lots of fun. #tommatsonjeepfail #tommatsonjeepserviceisnotfun

I actually had my Jeep in for fixing a month ago, but my service manager (I’ll call him “Eric”) said they needed to order a part from the factory. Apparently, the factory was really, really far away because I didn’t hear back from “Eric,” even though he felt it would be smart for me to prepay for that part. I was $1009.39 smart. #tommatsonjeepnoiamstupid

After four weeks and no response from “Eric,” I called. The Tom Matson Chrysler Jeep Dodge operator transferred me to the service department. It rang 30 times, so I called back. I explained to the TMCJD operator that my call wasn’t answered. She apologized and said, “Let’s try again.” #tommatsonjeepgamecontinues

Again, it rang 30 times. I called back. #tommatsonjeepprovesiamanidiot

This time I was more forceful and the operator said she’d go find someone to talk to me. She found somebody – a woman I’ll call “Erica.” I asked if it was standard operating procedure to ignore the phone. She acted indifferent, but said she’d be happy to help. I asked where the part was for my Jeep. She asked for the order number, which I didn’t have, so I suggested she look up my name. “You don’t have the order number?” and sighed loudly. #tommatsonjeepthinkscustomersareannoying

After taking twelve agonizing seconds to look my name up, she said, “I need to go in the back and see if it came in,” and put me on hold. Ten minutes later she came back on the phone and said, “You’re in luck! It just came in yesterday!” #tommatsonjeepalertthemedia #tommatsonjeepnoitdidn’t #tommatsonjeepwewerewaitingtoseehowlongbeforeyoudcall #tommatsonjeepshecouldhavecaredless

Here’s the thing. This experience was annoying and stupid. But TMCJD makes it worse two more ways. First, they don’t have loaners or inexpensive rentals. They have a “convenient” shuttle. #tommatsonjeepshuttlesareNOTconvenient

Second, they don’t wash your car after servicing. #tommatsonjeepmadeacraploadoffmeanddidntevenwashmyjeep

Are these little things? Maybe, but after what I would call two really bad customer service experiences, a loaner and a wash might have helped. Instead, their absence just made it worse.

Both Bill’s and my experiences were avoidable. Both were majorly impacted by employee indifference and poor training. Mine more so with really stupid policies.

In their study, The 2011 Customer Experience Impact Report, RightNow Technologies (now a part of Oracle) found that 89% of customers began doing business with a competitor following a poor customer experience. I can tell you #TomMatsonChryslerJeepDodgewillgetnomorebusinessfromme. 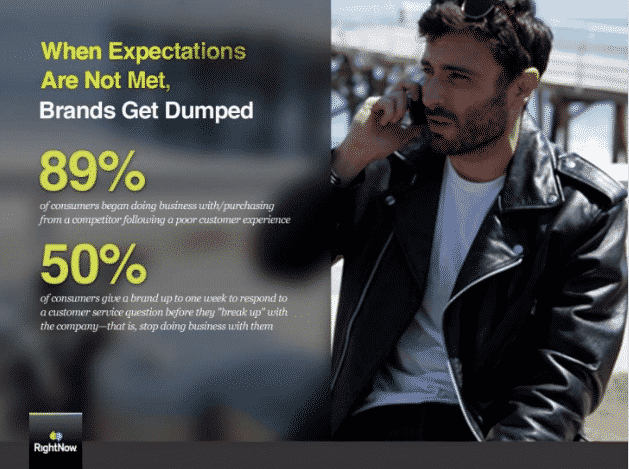