Why all the Yawns for Apple’s iPad? 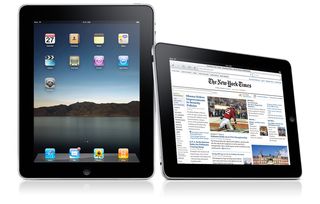 Apparently, having a 9.7" diagonal multi-touch screen, neatly packaged in a 1.5 pound, 0.5 inch thick case didn't do the trick. Neither did the ability to email, access the Internet, watch HD movies, save all your photos, listen to all your music, read a gazillion books, use all your current iPhone apps (plus 140,000 others), hold all your contacts, check out the world on Google Earth and Maps, read the New York Times, and… do it all for roughly the same price as the Amazon Kindle DX.

So why the yawns?

Actually, the reason is simple and also exposes the one weakness of a great marketing secret that Steve Jobs has used for years.

I call it the Expected Surprise.

Every year, Mac-enthusiasts and media waited breathlessly for Steve to take the stage and announce Apple's newest toys. They sat patiently enrapt while Steve dutifully stepped through demos of the updates, upgrades, and enhancements to current products. They clapped and applauded at all the right times. But after all the expected announcements, what they were really waiting for was the phrase Steve made famous:

"And one more thing."

That's what they wanted. That's what made tickets to these events so important. "And one more thing" was the surprise announcement. But point in fact, it wasn't a surprise. Everybody knew an announcement of some magnitude was coming. For weeks, sometimes months (and in the case of the iPad – years) Mac enthusiasts speculated, guessed, and sleuthed what the next "insanely great" Apple product would be.

Some people figured out there was going to be an iPod, but they didn't know exactly what the iPod would be, so they guessed. And  when Steve showed the first one and most of the subsequent upgrades, they were surprised. They guessed wrong. Apple's version was always BETTER than what anybody guessed.

How many people predicted the iPhone? Many predicted Apple had A phone, but didn't guess what it exactly was. And when Steve showed the first one, they were surprised.

The annual January Steve show has become a huge part of the Apple brand, or even better, their mystique. We've sort of KNOWN Steve had something very way cool up his sleeve, but we were never able to actually predict what it would do, be, and most important, what it would look like. Steve and Apple had ingrained in us an anticipation for the Expected Surprise.

But this year, Steve didn't surprise us (unless you count the low price of the iPad). Apple experts, trade magazines, writers, and followers, simply had had so much time over the last couple of years to dream and design what they thought the Apple tablet would be that they actually figured most of it out (unless you count the low cost). Hence, when Steve finally introduced the iPad, everybody looked at each other with a "is that all it is?" look.

This doesn't mean the iPad isn't an insanely great product. I, for one, think it's an unbelievable package of applications and am already drooling over when I can get one.

The Expected Surprise is a marketing strategy you can use, too. Think about Disney World. They use it. Every day, 70% of the people who enter the Magic Kingdom or one of the other parks, is a repeat visitor. They're coming back over and over, not only to repeat and/or share a valued experience, but to uncover the Expected Surprise. What new thing will they see, ride, discover, or experience? They don't know what it will be, they just know it will be something.

Steve may not have surprised everyone this time and critics may be yawning. But, personally, I think Steve may be playing us a bit. Like a good magician, he may be diverting our attention. I predict the iPad will be a huge success. I also predict Steve will come back with something very way cool…something nobody predicted.

And I can't wait to be surprised.