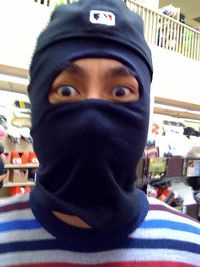 I WAS going to deposit the money in your bank, but now I'm not!

A bank employee received a letter from an inmate. The letter said if the bank did not send $2000 to the inmate, located in King County Jail, he would come to the bank with a gun and get the money himself. The letter included the man's name, Social Security number, inmate number, and signature.