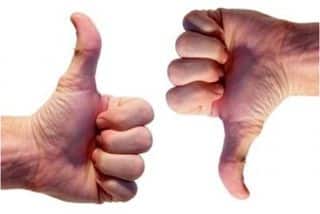 Now that the Green Bay Packers have won the 2011 Super Bowl, we can all get down to discussing the real purpose for the day – the commercials!

I know you have a myriad of pundits, forums, blogs, and websites to read regarding this really important matter, so I think it's only fair that I stick my Baldwin-family nose into the fray and give the real dirt on whether any of the game's advertisers got their $3 million worth.

I've read several reviews and most seem to agree that the VW Darth Vader was the best of the bunch. And depending on who you listen to, other good efforts were made by Doritos, E*Trade, and maybe Pepsi.

Excuse me? VW's Darth Vader? A kid dresses up like the Dark Lord, runs around the house trying to use the Force on a stationary bike, his dog, a washing machine, a doll, and a sandwich. None of them move, or die…I'm not clear on what exactly he's trying to do. He finally tries it out on Dad's new Passat. Dad secretly starts the car with his remote key. The kid is stunned.

Oooookay. It's cute. Lots of women have commented how they love it. The kid is adorable.

But does it make me want to run out and buy a VW Passat? And isn't that what it's supposed to do? Think about the other "top-rated" ads. Have you opened a new account with E*Trade, or run down to a BMW, Mercedes, Hyundai, or Suzuki dealership? Did you switch to Bud Light, or get a craving for a Snickers?

If you've been following me for a while, you're probably figured out that I'm not big on building awareness to broad audiences. I've never cashed a check on awareness. Have you?

I believe awareness without persuasion is like prescription before diagnosis. It's malpractice. And spending $3 million PLUS production costs to build awareness in a Super Bowl commercial is as big an example of malpractice as there is.

As I'm sure many people are, I'm often puzzled by the thought processes of these advertisers. What exactly was the goal of the Best Buy/Ozzy Osbourne/Justin Bieber or TeleFlora mistakes? Personally, I think both of those and most of the rest were God's way of saying those companies have WAY too much money.

P.S. Somebody should also tell GoDaddy that the gimmick and original shock value are very 1998. And GroupOn should be banned from ever doing a TV commercial ever again.