Success Makes Cowards Of Us All 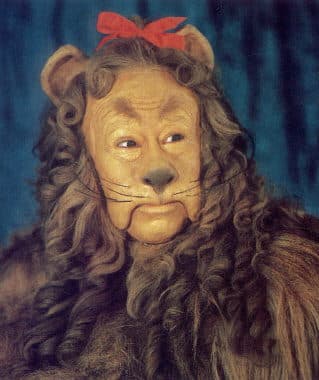 Ask any business executive what's important to their company, be they a CEO of a Fortune 500 company, or an entrepreneur with a start-up in their kitchen. Most of the time the answer is "Growth."

While everyone means they want growth, the reality is not everyone means it in the same way. I've found there are three types of attitudes about growth – two powered by emotion, one by logic.

The first example powered by emotion is the start-up. They NEED growth. They need growth to survive…to possibly achieve a dream…to prove they can make it on their own…to prove their idea is viable and marketable. They go after growth with a vengeance.

The start-up also goes after it in guerrilla fashion. They can't spend the big bucks because they don't have any. They are the new kids on the block, probably with some new technology or new business model that threatens the established leaders. They work around the clock, 24/7, pulling out all the stops, using every cheap and free tool in the book to push for sales and growth. They have to. Lack of growth is not an option.

A second example powered by emotion is with the dying or threatened business. This might happen when a new competitor or new technology shows up. All of a sudden the very existence of this business and everybody's job is under attack. The CEO calls all hands on deck imploring the entire team to raise their efforts. Everybody is responsible for growth now and there is no room for anyone content with riding coattails. This is about survival.

It's easy to understand both situations and their different, but equal emotional needs for growth.

But what happens between those two stages? What happens after the start-up hits that flash point and begins making  profit? What happens before the inevitable Cliff of Decline shows up on the horizon?

That's where the idea of growth shifts from an emotionally driven concept to logically driven. It's where you can say the company is a success. And that point might be the most dangerous of all.

Success changes everything. The start-up can now hire more people. They can move to new digs. They can "relax" the rules of spending.

That CEO/Founder who worked 20 hours a day pushing for sales, landing new customers, and growing the business? She can now take on other responsibilities, managing the day-to-day business, and work fewer hours. She can now hand some of that work off to a new Sales Manager, focusing more time on delivering a great product and managing employees.

Growth? Well, of course we want growth! But we don't need to kill ourselves anymore and we especially don't need to take any needless chances like we did in start-up! That's what the sales and marketing departments are for. We are established. We are a success!

At this stage, the emphasis shifts to a "protect status quo" at all costs attitude. Growth is now driven by logical, well-orchestrated steps, intentionally designed to not rock the boat. The emotional battle cry of "Whatever it takes!" is long forgotten. We actually stop trying new stuff and breaking the rules. In other words, success makes us cowards.

Certainly there are excellent examples of companies that maintain an Emotion-Driven Growth attitude. They don't protect status quo. In fact, many take the opportunity success brings as a way to attack themselves before somebody else does. Just today, Tim Cook, CEO of Apple was asked if he was concerned about the iPad Mini taking market share away from the iPad:

Things might be different without Steve Jobs and Apple's future certainly isn't secure, but success hasn't made them complacent.

I'm sure Growth is important to your company. But are you emotional or logical about it?