The Old Rules Of Business That Still Matter: Rule #2

This is Part 2 in my series, The Old Rules of Business That Still Matter. My first Rule can be read by clicking this link:

Old Rule #1: It's All About People 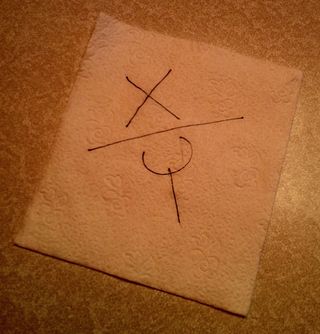 I've been fortunate to have some awesome mentors in my life – both personal and business. Back when I was a PGA professional, I also had the luck to play with some of the greatest golfers in the world. When you spend time with someone successful, here's a great tip. Keep your mouth shut (except to ask a question) and your eyes and ears wide open.

I learned that lesson from an old friend in Las Vegas, Jack Libby. When I was a struggling young pro I spent a lot of time in Vegas. Back in the 70's, the PGA Tour didn't play for the mega-millions they do today, so we looked for every opportunity to make a few extra bucks and Vegas had a lot of those.

Jack was a self-made guy and he was very successful doing it. Whenever I had an opportunity to go to Vegas, I'd call Jack. He'd set up a golf game for us at the Las Vegas Country Club. More often than not, one of his local business partners or friends would join us and business was very often accomplished on the course.

Jack taught me a lot about business –  how to negotiate… how to handle tough situations… how to deal with difficult people. He also gave me more than one pearl of wisdom I've followed over the years. For example, one time Jack called to tell what time he would pick me up the next day. "I'll pick you up at 9:00am. I'll be out front some time between 8:50 and 8:55." I asked why he was so exact in his time. He responded, "Your time is just as valuable as my time. When I set an appointment, I show you respect by being a little early. I am never late for anything, if I have control." I've followed that advice ever since.

I once asked Jack to share his secret for success in business. He took out a napkin and wrote the simple formula X over Y. "It's pretty basic," Jack said. "X is income. Y is outgo. Make sure X gets most of your focus and is always bigger than Y." Sounded a little too obvious to me, so he explained.

"Every day, you have a choice of which part you spend your time on. X represents the revenue coming in to your business from customers — both new customers and current customers. Y represents all the costs in time and money it takes to run your business. The objective is to make X as big as possible and Y as small as possible. The trap most business owners fall into is thinking they should focus most of their efforts on Y – keeping costs down.

Well, duh. It's so obvious. It's brain-dead simple. It's common sense. I'm insulting you by writing about something so basic.

Unfortunately, for most of us, it's not common practice. Ask yourself this question: "In the last 30 days, what percentage of my time was spent on the X side of my own formula? What about last week? Yesterday?"

Now look at how you prioritized your list. Does your #1 top priority have an X or a Y beside it? What about #2…#3?

When businesses are new, we spend an inordinate amount of time in generating sales. We have to! We've invested huge amounts of cash (at least it's huge to us!) and we need to get a return on that investment. So we beat the bushes. We pull out all the stops in generating sales! We struggle through the Startup phase to, hopefully, turn the corner and get into the Growth phase. Early in the Growth phase we still invest huge in getting new customers, but as we grow, we begin to shift some of our focus into the operations, the Y side. Somewhere along the way we cross into Maturity; we start acting less like a hungry startup and more like an established market leader with too much to lose. I think what Jack was telling me was to never move out of the Startup phase mentality. Stay paranoidly hungry. (I know that's probably not a real word, but it works for me.)

Focus most of your time, energy, and resources on the X side of the equation.

Here's a good guideline for doing this. We've all heard about how tasks can often be classified as Urgent or Vital. Often we find ourselves focusing on the Urgents, when we know the Vitals are really important. Sometimes it's hard to choose between the two, though.

Instead, focus on IMPACT. Which of your To-Dos, or projects, or tasks, have the most IMPACT on X? Which will IMPACT X fastest or greatest? Prioritize your efforts in these areas.

Of course, we know Y is important. We should always pay attention to the Y side, making sure we don't unnecessarily spend money or time. But as some very smart guy (I think it was Tom Peters) said many years ago, "You can't cut your way to growth."

Focus on the X.