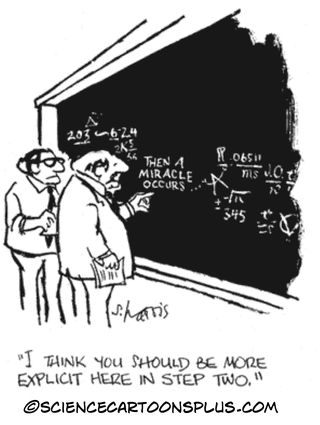 Quick, write down all the automobile brands you're aware of. I'll wait.

Done? Now cross off every brand you've ever owned. How many are left? Probably quite a few.

Now cross off all those cars you MIGHT consider purchasing in the future. How many are left?The answer is still quite a few.

Awareness is a very wishy-washy affair. You could argue that building awareness is a critical step towards generating an eventual sale and you would be right – sort of.

Unfortunately, there is a hitch in the giddyup with this perception. For most companies it's difficult, if not totally impossible, for them to prove a solid connected line between awareness and sales.

They spend big bucks on full page ads in their industry's big trade pub, knowing the average reader has $25,000,000 in annual spending authority and there's an average of 2.3 pass alongs. They heavily invest in growing Followers, building "Like" campaigns, and producing "Will It Blend" copycats. They buy a 10,000 square-foot exhibit at the annual trade show. If they've got a few million bucks laying around, they blast out a Super Bowl ad. All these build awareness.

Trade pubs? Because so many magazines have lost readership, the spin now is "controlled circulation." One industry wag said, "Circulation is not a major factor. It's the efficiency of the circulation that counts – advertisers reaching their target audience." To which I ask, "Say what?"

Social media? Your company may have grown to 50,000 Followers on Twitter, 6,000 Fans on Facebook, and 100,000 views on YouTube, but how has that translated into new revenues?

Trade shows? You build a spectacular display for the big National Widget Show at McCormick Place. You design a custom die-cut, four-color prshow promotion. You fly in 150 staffers. Your budget is busted. I ask what your goal is. You respond, "We want huge traffic!"

These are simply all-too-common examples of using different media to build awareness. But ask how many proven new sales that trade advertising, or Facebook, or Twitter, or that trade show eventually generated and you meet a lot of blank faces.

The problem is most marketers confuse awareness with persuasion. These words are not synonyms. Awareness is just getting someone to know who you are. That's it. That's all. And has been proven over and over, connecting awareness to revenues is darn near impossible.

In fact, it's so difficult to show a direct correlation between awareness and revenues that marketers have come up with a myriad number of methods to "prove" value.

Too many of these "measurement" methods are worthless. They're just funny statistics that don't connect to provable results. Some can be effective, however.

The way to tell is if the method measures Awareness or if it measures Persuasion. Awareness measures whether our target market is conscious of us. That's ambiguous.

Persuasion shows when we actually guide someone to take a clear cut action step that moves them at least one step closer to the sale. Handing you a business card and saying, "Call me on Tuesday at 10:00, so we can set up an appointment for you to come to my office." is Persuasion. Letting you scan their badge and walking away is Awareness.

Which leads me to Old Rule #9 of Business that Still Matters:

Focus on Persuasion, Not Awareness

BTW, if you produce an ad for the Super Bowl, well, that's just God's way of saying you have way too much money.