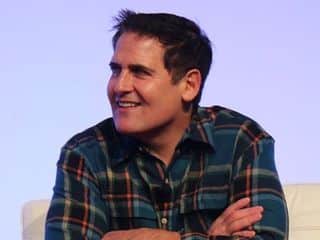 Mark Cuban is an interesting guy… for a billionaire. Cuban made his fortune selling broadcast.com, an internet radio company acquired by Yahoo for just under $6 billion dollars. Apparently, he kept a big chunk of that for himself. Now the owner of the 2011 NBA Championship Dallas Mavericks and investor on Shark Tank, he has no compunction for sharing his unique (i.e. blunt) business perspectives. I love this guy.

As a big time technology CEO, Cuban immerses himself in all things Internet, including social media. He recently got into a Twitter spat with Los Angeles Lakers fans when he criticized the quick hook coach Mike Brown got after only five games into the season. After getting bombarded with angry tweets, he commented, "There is just more Twitter courage in Southern California than probably any other part of the world."

Twitter Courage. What a great term for people who eagerly post vicious, slanderous attacks they would never have the guts to say in person.

Last week Cuban posted a strong commentary regarding FB on his Blog Maverick site. Titled, What I Really Think About Facebook, Cuban reported he has instructed all his companies to de-emphasize their participation on FB as a business-building platform. As he put it: "In the past we put FB first, twitter second. FB has been moved to the bottom of a longer list."

"That’s not to say we don’t engage, we do. We click, share and comment because it’s mindless and easy.  But for some reason FB doesn’t seem to want to accept that it’s best purpose in life is as a huge time suckplatform that we use to keep up with friends, interests and stuff.  I think that they are over thinking what their network is all about ."

"Being a time suck that people enjoy is a good thing. There is a comfort in turning on the TV and having it work without any thought required. It’s easy. It is the best  5 hour on average per day alternative to boredom."

"There is a comfort in going on FB and seeing what pictures pop up from friends or from pages you have liked.  FB is not something you have to rush through. All those pictures and posts are not going anywhere. FB is easy. In particular it’s a great alternative to boredom when you are stuck somewhere and all you have is your phone.  Actually it’s  a life saver. Head down on FB beats the hell out of that awkward feeling that you may have to at least acknowledge and possibly talk to the person next to you. Put another way, IMHO, FB really risks screwing up something that is special in our lives as a time waster by thinking they have to make it more engaging and efficient."

Many years ago, I learned a great business lesson: If you can make a profit, you're a business. If you can't, you're a hobby. Facebook has a lot of investors who want it to make them money. In order to do that, FB has to monetize itself. Have you noticed that all the things it's doing lately are geared towards just that? But, in order for it to become a money-maker, it pretty much has to completely reinvent its business model. As Cuban basically points out (and I'm sure you can guess I agree with him), FB is a hobby. It doesn't really have a business model.

Yes, yes, I understand the argument, "There are two BILLION people on FB! There's got to be value in that!"

No there doesn't. Marketing requires a definable, findable, efficient-to-reach market. My own research and surveys show that we're all on FB, but mostly to engage and observe for personal reasons, not business. As Cuban writes, "That’s not to say we don’t engage, we do. We click, share and comment because it’s mindless and easy.  But for some reason FB doesn’t seem to want to accept that its best purpose in life is as a huge time suck platform that we use to keep up with friends, interests and stuff."

A few businesses have been able to generate new business via social media. So far they are the exception, not the rule. And a high percentage of them are B2C, not B2B. I am not against any marketing tool that work for you. There are a LOT of tools out there. But I'm seeing too many businesses spend too much time and too much money on this shiny object.

I have said over and over — Show Me The Money. If you cannot show me how to connect the dots with a solid line between your efforts on Facebook or any other social media platform and real revenue, then I would suggest you take Mark Cuban's advice and put them all at the bottom of the marketing tool list.