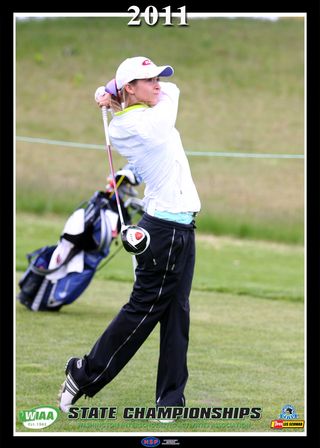 Just in case you don't know, I am known as Kelly's Dad. That's been my title for almost 19 years. And MANY of you have literally watched Kelly grow up, which also means MANY of you have acquired a lot of gray hair and wrinkles, just like me.

This week Kelly graduates from Life Christian Academy in Tacoma, Washington. She's attended LCA since 4th grade and has 58 kids in her senior class (most who've attended LCA as long as Kelly). As you can imagine, the senior class is very close. They've gone through a lot, growing up together in a world that forced each one of them to accept and adjust to a life none of us would ever have dreamed.

I graduated from high school in 1969, so I'm a sixties kid. My generation saw tremendous upheaval and change, as well. No question, Viet Nam was the flash point, not forgetting the many other events (positive and negative) that changed our world. And now aging Boomers reflect on how we made our mark. Some would argue it's positive, while others don't agree.

Did we do good? Of course. It's hard to argue with the accomplishments and contributions happening during the Woodstock generation – the civil rights movement, landing on the moon, the Beatles, Twiggy, burning the bra, long hair, Tiny Tim…

Did we make mistakes? Oh yes, big time, and the list is long. The list of good and bad is also long for those who came between me and Kelly.

I would not and I do not.

I believe Kelly's "Generation Z" has a tough path, laid down by my Boomers, Gen X's, and Millenials alike. I believe, for the first time in roughly 60 years, the next generation has it tougher than the previous. We have taken full advantage of pretty much everything technology would allow us to take advantage of without paying much attention to the Law of Unintended Consequences, and now Kelly's Class of 2011 gets to live through and, hopefully, fix our mistakes.

The cool thing is I think they'll do just fine. Kelly and her classmates have proved to be amazingly resilient. They've adjusted to a lot – an uncertain economy, preserving our resources, taking their shoes off and body scans, stupid gas prices, runaway greed, a $14.4 trillion national debt, protecting their privacy, underwater mortgages, and Donald Trump. If my generation faced this stuff, I'm not sure we would have been so competent and brave. Personally, I think I'd have run home and hugged my teddy bear.

Sure, it's common for young graduates to have a positive outlook on life ahead. Young adults are idealists, as they should be. The difference I see is a grounding in these kids, a grounding in the knowledge they're going to work hard to get what they want and make the changes that are needed. They get it in a way I didn't at their age.

My generation and the couple behind us got lucky. When else and where else in the history of mankind has there ever been such a period of prosperity as there's been since World War II? And where did we get off thinking it would last forever? Yet, stupidly, many of us did.

I'm so proud of Kelly, her friends, and her generation. Absolutely, Kay and I will have a tough time adjusting to our empty home when Kelly heads off to Portland State in a couple of months. We don't want to let her go. But we can't be selfish. The world we've created needs fixing and Kelly's generation better get out there and get to work!