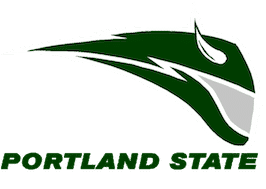 Highly touted golf phenom, Kelly Miller, announced today she will play her college career for the Portland State University Vikings. Miller is a senior at Life Christian Academy in Tacoma, WA, where she has helped build one of the state's greatest women's golf dynasties with three straight state high school team championships and looking for a fourth next Spring.

A nationally ranked junior golfer, Miller has regularly competed across the US in both the American Junior Golf Association and the Future Collegian World Tours. A late-comer to the national stage, Miller quickly made a name for herself through both her game, winning personality, and cute outfits.

Takaishi was unavailable for comment, but if she had she probably would have said something like, "I am ecstatic beyond words to get Kelly. She would be the key to any program's future right now and I held my breath for days, kept my fingers crossed, bowed the East, and lit candles, even though I'm not Catholic. I feel like I just won the lottery!"

Miller's parents were equally effusive. "I never doubted Kelly's drive and ability to succeed in whatever she set her heart on," said Kelly's breathtakingly beautiful mother, Kay. "Even when Kelly went through those rare moments of self-doubt, I always knew she would rise to the occasion. Signing with Portland State just confirms my beliefs."

Miller's elderly and wizened father, Steve, said "Portland, Maine is a long ways from home, but if that's where she wants to go, it's okay with me!"

Miller will officially sign her National Letter of Intent on November 10, 2010. Immediately after, she and her Mom plan to drive to Portland (Oregon, not Maine) and do serious credit card damage in the PSU bookstore. Miller will finish her high school career and enter Portland State in Fall 2011.