I’m going to call it a godin 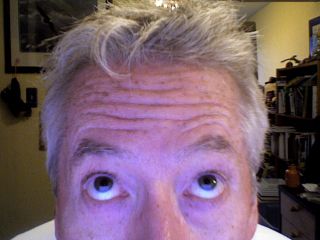 I almost never comment about something Seth Godin has written about in his blog. First of all, Seth doesn't need any more praise, or Trackbacks, or links, or sucking up from anybody. He's the 800-pound gorilla in marketing, for gosh sakes!

But my buddy, Joe Polish (who doesn't need any more publicity EITHER, he hangs out with Richard Branson, for gosh sake), did Tweet about one of Seth's posts today and, doggoneit, I happened to like it.

Here's what He said:

If you make something remarkable, that's because there's something to talk about.

But
often, if you've created something worth talking about, it's something
that hasn't been done before. Which means it needs a name.

That extra sharp point on the top of your new rock climbing shoe? It's a baxter.

That service you get at the spa after your massage is over? Oh, you mean the baxter!

That free course in between the main course and dessert? Right… the baxter.

Sorry,
"baxter" is already taken. It's my name for that new thing you invented
that's worth talking about. You'll need to find a new word that people
can use to describe your baxter.

Seth's right (of course) (again!). If you come up with something that hasn't been done before, go ahead and claim it. Name it yourself. Take credit for it. Own the darn thing and make sure everybody knows it.

But, in addition, there are also many opportunities to name or claim something that already exists, but nobody else has taken ownership of! I don't remember if it was Blatz or Schlitz or Pabst Blue Ribbon or Old Frothingslosh, but as the tale goes, their advertising agency encouraged the brewery to promote the fact they pasteurized their beer in all their ads. It didn't matter that EVERYBODY ELSE pasteurized their beer, nobody had claimed it. Once the aforementioned beer claimed that process, NOBODY else could.

So to take Seth's baxter a step farther, if you create something remarkable AND if you discover an important unclaimed benefit, take ownership. Give it a name and link your brand to it before somebody else does.

As for me, I'm going to call it a godin.