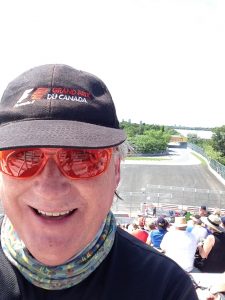 If you know Steve at all, you know his color is ORANGE. Our daughter, Kelly, was the one who picked the color. That was years ago (at the time, she was 2…and she’s now 24)! Steve started to wear orange on stage, and eventually got complaints if he DIDN’T. He saw the opportunity, and made it the color of his brand.

Now, orange is a symbol of the Uncopyable philosophy, as explained in Steve’s new (orange) book, Uncopyable – How to Create an Unfair Advantage Over the Competition. Orange is ingrained in the mind of the market, and he owns it.

I’m his wife – I’ll let you in on a little secret – even his Calvin Kleins are orange. (TMI?)

Steve and I both love seeing others embrace the spirit and message of Uncopyable. The message is resonating in a big way with readers – check the reviews on Amazon. They’re pretty amazing – even to us. Readers are reporting awesome takeaways. But some, like BFF John Burns, have really taken the Uncopyable philosophy to heart. After he read it, he purchased books for his grown children, and then his key clients. He sees its value for them, and knows he’ll be an Uncopyable resource for them as the messenger.

John’s mission is to be Uncopyable in representing his own personal brand.

The orange glasses make the world look orange, which is pretty darn cool. But they’re also a reminder to keep your radar up and learn from “alien” experiences.

John didn’t see Uncopyable as a “read it and forget it” book. He’s living it!

“I’ve followed Steve Miller’s weekly webinar for a few years now so I knew this book was going to be good.
This book is concise and muscular. The chapters on Stealing Genius (TM), and breathrough referrals alone make it a must read. And you won’t believe it when you find out who Steve’s dad is and what Steve was exposed to from a young age. Again, no wonder this book is so valuable.

Certainly, Steve is talking about how businesses can distance themselves from the competition by making themselves uncopyable, but between the lines, he’s also showing you that, in today’s competitive world, every person needs to learn how to make THEMSELVES uncopyable. I won’t always be around to give my adult children good advice, so I bought them their own copies.”

My advice to young business people is the same as for my own children. Read, keep, and practice this book.”

Kudos and thanks to you, John!